FROM COLONY TO FAMILY

In 1903, the Bar Colonists detrained at Saskatoon and camped on the plain. They would journey by wagon train to their new home.

The family BBQ on Wednesday night added to our store of knowledge about the family.  The place was overrun with aunts and uncles and cousins, all on our late mother’s side.

The family helped us remember what we already knew, and they told us stuff we had never known.  There was stuff that our parents had never told us because it would have been too embarrassing, or too trivial, or just too difficult to talk about.  Some of it was heart-warming; some of it, heart-breaking.  The consequence is that we have never loved our parents so much.

The next day, Thursday, Uncle Roy and Aunt Diana took us on a tour of the family’s historic sites.  We called into North Gully schoolyard and the old farm and Skunk Hollow (See post on August 12th).  We checked out Greenstreet and Sandy Beach and the farmers’ market (possibly the subjects of a future post).

Gigantic replicas of surveyors' stakes mark the boundary between Alberta and Saskatchewan.

The previous night we had checked out our family residence in Lloyd (a tourist cabin, long since demolished), the school we attended (demolished), and the hospital where I and sister Susanne were born (also demolished), and sundry other sites.

On Friday, we said goodbyes to everyone, including Aunt Gwen and her partner Aubrey, and “Aunt” Winona.  Winona has been a staunch family friend since the 1930s.  She lost her husband Paul earlier this year.  When she called us with the news, she expressed a desire to see John and Grace again – they hadn’t been back to Lloyd in fifty years.  So Winona was the inspiration for our memorable trip this summer. 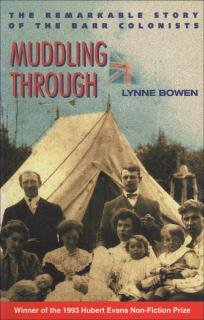 We – John and Grace and I – toured the Barr Colony Heritage Cultural Centre – the Lloydminster museum.  When we lived here in the early ’50s, the ground on which it sits had been a wheat field, just a couple of blocks from our tourist cabin.

The Barr colonists founded Lloydminster.  It’s a long heart-warming, heart-breaking tale of hardship and hope, of betrayal and rescue.  Much like the stories of both our parents.  But then, who can say where family histories end and our country’s history begins?  That genius hasn’t been born yet.

As for John and I, eastward we sped. 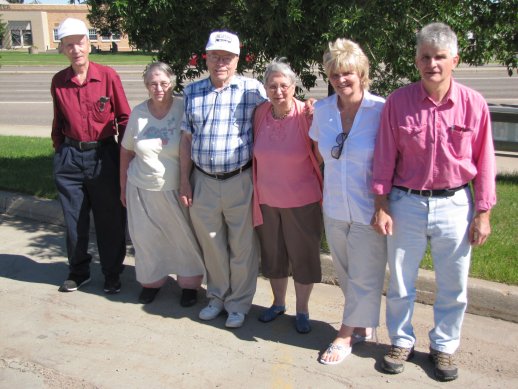